Protection Your Patients Need for the Holidays: Effective Approaches to Neutralize Gluten

As the holiday season approaches, eating patterns are often unpredictable. Whether it is eating out at a restaurant or going over to a family member’s house for dinner, unexpected foods may present themselves at unexpected times. Sure, your patients can be educated to identify and dodge problem foods that provide digestive troubles. Yet it is often overlooked how “safer” foods are prepared.

Within the confines of your patient’s kitchen, food preparation strategies are mostly well controlled to separate gluten-containing foods from those that are gluten-free. However, many homes of friends and family may not be as strict in gluten safe cooking practices. Even though a family member swears the pumpkin pie is completely gluten free (as well as good for the soul), cross contamination and inadvertent exposures are unfortunately common and unforeseen, leading to some uncertainty in what is eaten by your patients. This situation leads to a big health conundrum for individuals who are already extremely limited in their food selection to begin with (e.g., celiac disease, gluten sensitivity) and are at increased risk for accidental exposure to gluten, especially around this time of year.

Gluten is a protein complex found in wheat, barley, rye and other grains. The most prominent protein found in gluten is gliadin, which is difficult to digest due to its proline-rich peptides and has been linked to intestinal permeability.1 Utilization of enzymes that support the breakdown of gluten is a common strategy. However, many gluten-digesting enzymes only contain Dipeptidyl peptidase IV (DDP IV) and do not completely break down immunogenic gluten peptides.

DDP IV is an exopeptidase enzyme that acts on the terminal peptide bonds of gliadin.2 The proteolytic activity of several gluten-digestion preparations containing high amounts of DDP IV only partly neutralize gluten proteins and are ineffective in degrading immunogenic gluten fragments by itself.3 On the other hand, an endopeptidase derived from Aspergillus Niger has been found to cleave the internal blonds of gliadin peptides and has been shown to degrade the immunogenic gliadin fragments that DDP IV were not able to break down.3 So, why is this important?

New enzyme approaches present a blend of the Aspergillus Niger derived peptide, DDP IV, and additional proteases. Both endopeptidase and exopeptidase activity offered from the combination of these ingredients can efficiently degrade both the internal (endopeptidase) and terminal (exopeptidase) peptide bonds of the gluten molecule. The enzymatic action creates a precise endopeptidase cleavage pattern near the middle of long-chain amino acids that is subsequently hydrolyzed by the exopeptidase action. Call it a “1-2 Peptidase Punch” and a convenient solution for individuals who want to assurance that a trace amount of gluten in their foods can be quickly neutralized and won’t ruin a good time at a holiday party.

Such enzyme activity has been studied in clinical trials to assess markers of gluten exposure and a variety of symptoms in individuals. For example, deamidated gliadin IgA antibodies were significantly reduced and CRP levels were lowered in individuals taken this peptidase enzyme combination.4 Individuals with this enzyme combination also experienced a significant decrease in symptoms of gastrointestinal reflux and food cravings4, as well as decreases in upper abdominal pain, bloating, and constipation.5

Science has demonstrated the synergy produced by endopeptidase and exopeptidase activity for a more complete digestion of gluten. It allows for the rapid and efficient breakdown of gluten peptides and the resultant smaller amino acids can be more easily absorbed by the body. Such peptidase combinations work faster than a typical gluten supplement formulations containing a majority of DPPIV, providing more promising risk reduction benefits for inadvertent exposure to gluten. Such peptidase approaches lend itself to significantly reduced symptoms for gluten sensitive individuals and offer more flexibility in food choices…especially appealing for those who want to enjoy eating worry free at holiday gatherings. 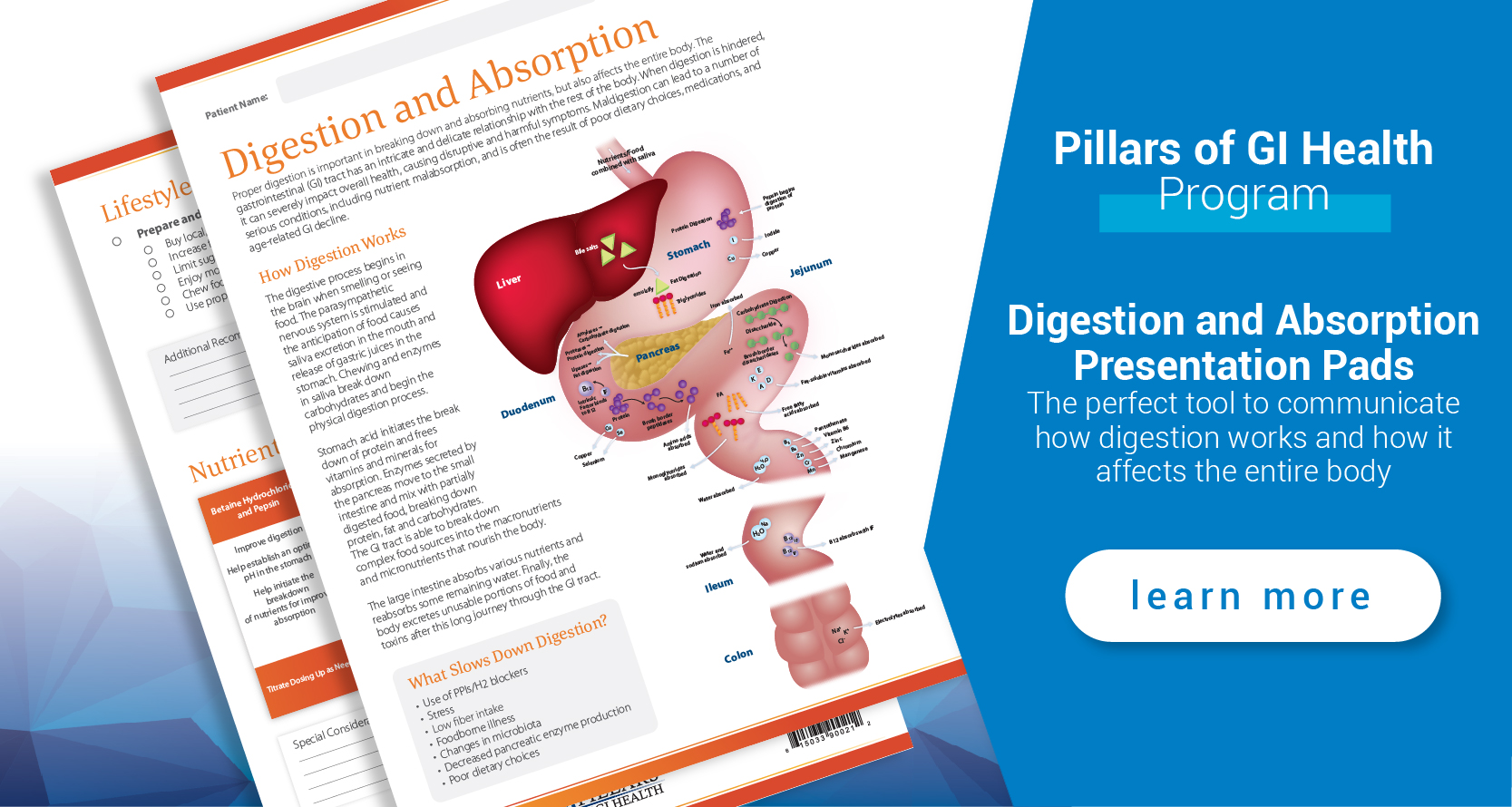 Dr. Joseph Ornelas is the Pillars of GI Health Brand Manager at the Lifestyle Matrix Resource Center. He holds a PhD from University of Illinois with concentration in Health Economics, an MA degree in Public Policy from the Harris School at the University of Chicago, an MS degree in Health Systems Management from Rush University, and a DC degree from National University of Health Sciences. As a licensed chiropractor in the State of Illinois, Dr. Ornelas has published numerous evidence-based clinical practice guidelines, helping to improve quality standards of care and provide opportunity for health care practitioners across several specialty areas.