Beyond Bacteria: How Antibiotics Impact Mitochondria 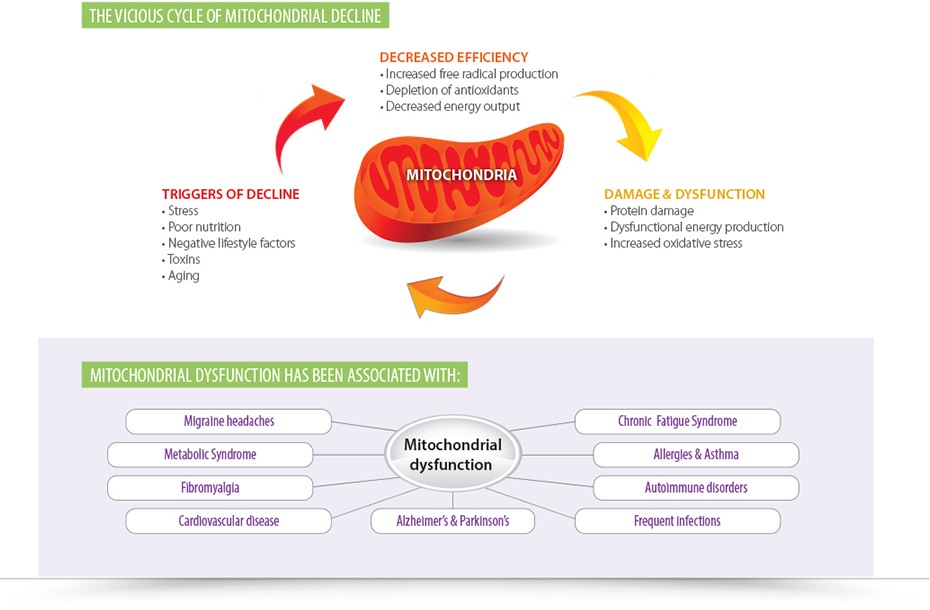 According to the Centers for Disease Control and Prevention (CDC), at least 30% of antibiotics prescribed in the outpatient setting are unnecessary—meaning no antibiotic was needed at all. With that, would it shock you to know that five out of six people are prescribed an antibiotic in outpatient care?

These statistics paint a picture of a major concern within the primary care setting: the downside of unnecessary antibiotic use. Antibiotics revolutionized medicine in the 20th century and have saved many lives since their adoption into health care. But as research evolves, we are beginning to understand the negative effects of antibiotic use, such as the creation of antibiotic-resistant organisms, damage to the intestinal microbiota, and increased risk of obesity. In addition to research on antibiotics influencing the microbiome, we now know there are also detrimental effects on mitochondria.

Mitochondria are organelles that live within the cell to produce the energy source known as adenosine triphosphate (ATP). They play a role in many cellular activities spanning from energy homeostasis and detoxification to cell death. These organelles have evolved from endosymbiotic alpha-proteobacteria, making them similar to bacteria in many ways. For instance, they maintain a distinct circular genome separate from the nuclear genome and have genes that are homologous to bacterial genes. They also have independent DNA replication and division, and that makes them vulnerable to the effects of antibiotics. Most antibiotics target the growth processes or function of the bacteria—some target the cell wall or cell membrane, some interfere with essential enzymes, and others target protein synthesis. These effects translate to the infectious bacteria, the microbiome, and the bacteria-like organelles known as mitochondria.

While all this information paints a grim picture, there are some positive observances in these studies, too. For instance, in the above-mentioned study, the researchers were able to restore mitochondrial function, ATP production, and reduce free radical levels by simply supplementing with N-acetyl cysteine (NAC) prior to antibiotic usage. Not only did utilizing antioxidants prior to or during antibiotic use mitigate cellular damage, it did not negatively influence the antibacterial capabilities of the antibiotics. For a patient, this means a safer way to take antibiotics while still getting rid of an infection.

For the future of medicine, we need to consider that what impacts bacteria will also impact overall health. Given the fact that we have 10 times more bacteria in our gut than cells in our bodies and that some of those cells contain up to 2,000 mitochondria, we can no longer ignore their part in the antibiotic story. With chronic diseases like autoimmunity, chronic fatigue syndrome and cardiovascular disease on the rise, supporting mitochondrial health may drastically alter outcomes in patient care.